The Millbrook Valley Trails Connects to the Ganaraska Forest 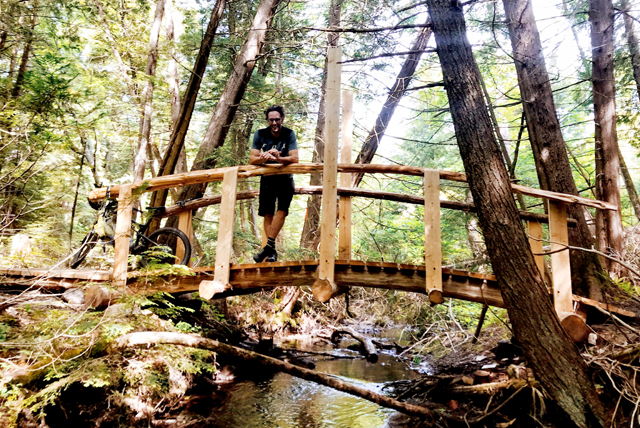 Photo David D’Agostino.
Pictured is Gordon Wilson of Wilson Carpentry in Peterborough who spent countless Friday afternoons last summer volunteering his time and talent to create this incredible bridge over Baxter Creek in the Milbrook Valley Trail extension that connects it to the Ganaraska Forest Trails.

When the Millbrook Valley Trails (MVT) Master Plan was first drafted back in 2010, a connecting link to the Ganaraska Forest trails was included as one of the ambitious plans that the committee had hoped to someday take on. The challenge has always been a limited workforce of volunteers to build and maintain a larger network of trails. Fast-forward to 2018 when word of our trail network has spread beyond our village borders, and dedicated volunteers are coming in from Peterborough and beyond to help. 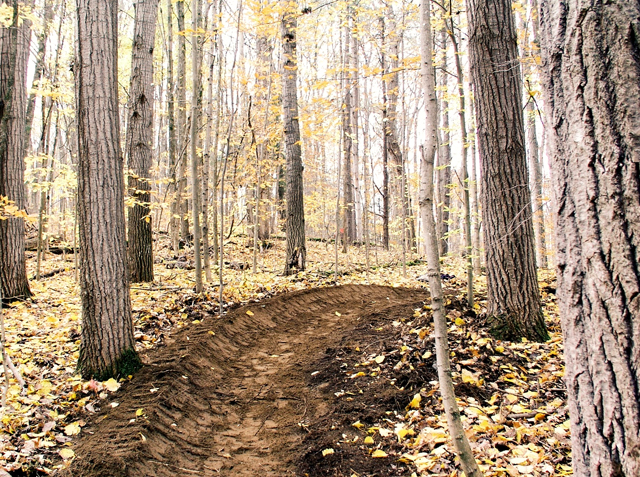 This latest project would not have been possible without the township’s decision to open its arms to the local mountain biking community by making this trail one of the first official mixed-use trails here in Millbrook. Several members of the current Millbrook Valley Trails Committee are mountain bikers and the majority of the 2.5km connector trail was built with the support of volunteers from the mountain biking community. This work included clearing brush and debris, digging and sculpting the trail bed, constructing boardwalk and rock gardens through chronically wet areas, as well as building two separate bridge crossings over Baxter Creek, one of which was built by the skilled hands of two Peterborough carpenters who used hand tools and locally harvested cedar timbers to give the bridge an artisan’s touch. The MVT Committee was also lucky enough to have the support of the Ministry of Natural Resources and Forestry’s (MNRF) Junior Rangers, who provided a full day of labour sculpting new trail bed. Hundreds of hours of volunteer time went into the successful completion of this project.

The importance of this connection for our community is that it draws people to Millbrook who are looking to hike or mountain bike in the Ganaraska Forest. Historically, users coming from the Peterborough area would have had to drive an additional 20 minutes to reach the Ganaraska Forest Centre’s main parking lot or in some cases would park along back-roads, bordering the forest, for a closer access point. One of the benefits of this project is that it brings many of these users to Millbrook, instead. It would be a boon to local businesses if future trail development enabled users to park right downtown and begin and end their rides there. 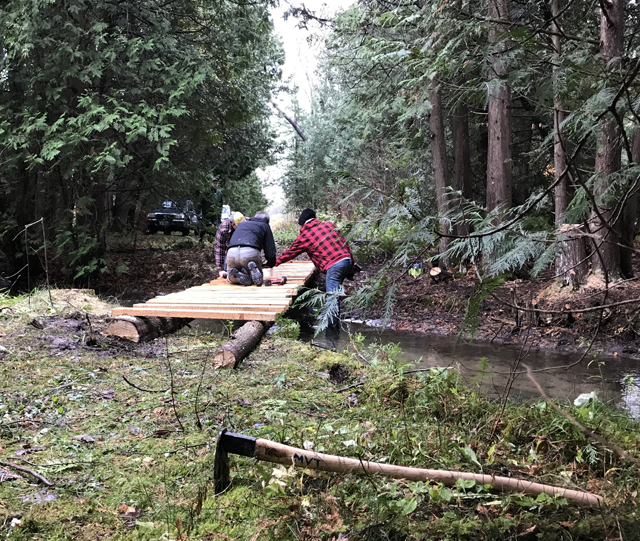 The Millbrook Valley Trails Committee would like to thank everyone who has supported this project in one form or another. Updated trail maps and brochures are coming soon. In the meantime, interested users can access the trail via the west end of Fire Route 3, which can be accessed from the south end of Elgar Drive.

Kindly note, however, that this trail, like the entire Millbrook Valley Trails network, is closed to equestrian and motorized traffic.