No Routes for ORV’s in Cavan Monaghan 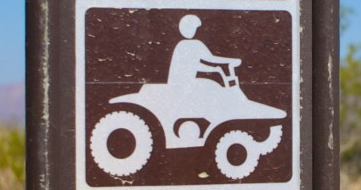 The controversy is over for now.

In a split decision, Council decided not to support the proposed one year pilot project that would have allowed the use of ATV’s on a designated route along sections of Dranoel and Glamorgan roads connecting the Victoria Rail Trail near Bethany to a trail in the Ganaraska Forest.

The contentious issue has been the topic of discussion for more than a year now.  Decisions about what vehicles are permitted on which roads cannot be made in isolation because control of roads fall under different jurisdictions.  One source of delay in this particular decision stemmed from the fact that the proposed route travels along boundary roads between Cavan Monaghan and the City of Kawartha Lakes (COKL).  This meant their approval was required to allow ORV traffic for the proposed pilot.

On September 1st, staff received a response from the City of Kawartha Lakes (COKL) to their request of January 6th seeking their input about the proposed route.  This region has an extensive network of ORV trails and it was no surprise that their Council supported the proposed pilot project.

Council was forced to weigh in by the province’s Get Ontario Moving Act, which includes a clause that will allow off-road vehicles (ORV’s) on all municipal roads (but not County roads or highways) unless a municipality adopts a by-law restricting their use, reversing the current legislative onus which prohibits the use of ORV’s unless  specifically permitted.  In July, the list of vehicles included in this legislation was expanded to include Extreme Terrain Vehicles which have six or eight wheels in contact with the ground and Off-Road Motorcycles.  Effective January 1, 2021, Off-Road Vehicles will automatically be allowed on municipal roads unless the municipality specifically prohibits them in their jurisdiction.  Cavan Monaghan’s new by-law now prohibits this type of traffic on township roads.

One of the deciding factors in the decision was the fact that the proposed route required users to cross over a County Road.  At the moment, no off-road vehicles are allowed on any Peterborough County Road.  Peterborough County is currently conducting an update of its Transportation Master Plan which is expected to be completed by June 2021.  One component of this study is a review of the use of off-road vehicles.  The review process will include public information centres and presentations to all eight member municipalities.  Township staff was advised to defer any request to use or cross County roads within the township until this study was complete.   This means that for local ORV users the door is closed for now, but not necessarily forever.  KG