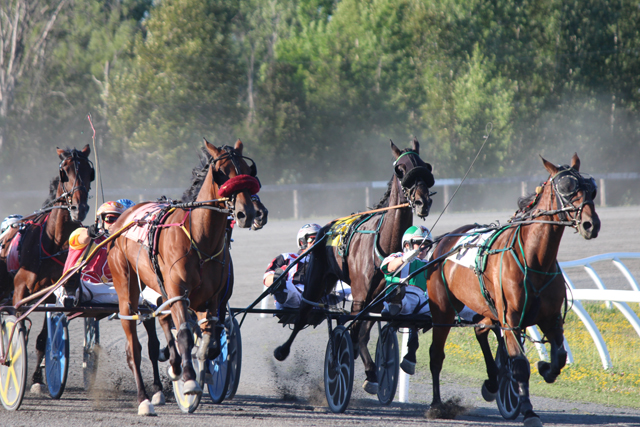 Photo supplied.
Get ready for 21 race dates this year beginning next Saturday as Harness Racing begins at Kawartha Downs.

It’s an event that many feared would not return after a tumultuous few years of haggling with the provincial powers that be since the 2013 announcement that the Slots At Racetracks Program would be cancelled.  The Slots at Racetracks program was launched in 1998 and by 2006, 17 racetracks in Ontario had OLG slot machines and shared their revenue with the provincial government.  The program had generated $4.1 billion in revenue for the horse industry since its inception in 1998 and relied on it as a major source of their income.  Funds are distributed by the Ontario Racing Association, the regulatory agency charged with managing the industry and delegates a portion of the 950 approved races to race track owners, giving them access to a share of the $93 million in purse funding provided by OLG last year.

The 2019 racing season at Kawartha Downs will consist of 21 race dates, up from 18 allowed last year.  Races take place every Saturday from May 11th through September 28th with 7:00 p.m. post time.  Parking and admission are always free.

Kawartha Downs showcases harness racing, where drivers sit in a sulky behind a standard bred horse. Unlike jockeys, who ride thoroughbred horses on a saddle, harness drivers have no restrictions placed on them in terms of their weight. To succeed, all drivers have to be in good shape to guide their horses along the track and of course, have excellent communication with their horses.

With eight to ten races each evening, there is lots of action at the track.  The weekly race events are family-friendly, with activities for the kids, including a petting zoo, live entertainment and of course, horse races to watch.   Whether you watch for fun or up the ante with some wagering, horse racing at Kawartha Downs provides exciting entertainment where you can feel the energy and get close to the action.  Watch from the comfort of the upper level dining area featuring a Prime Rib buffet dinner or take things more casually at the concessions or outside on the tarmac beside the track.  It’s an old style event, and even the betting is done with people rather than terminals.  Spend an evening watching an old-fashioned event where the competition demonstrates the powerful connection between horses and their drivers.  KG 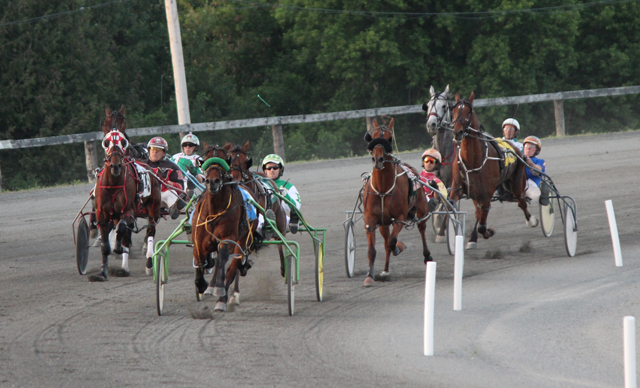