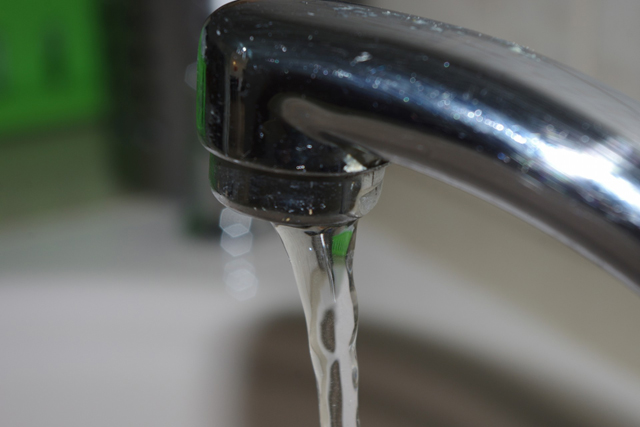 More than 30 residents attended the Public Meeting on April 11th to voice their concerns and better understand the water and wastewater system charges that have risen significantly since the launch of the new water plant facilities in 2015.

These water rates were established in 2015 as part of a mandatory rate study to establish the amount required to operate and maintain the facility, and included consideration for the fact that much of its capacity was destined for users who had not yet arrived.  Last summer, after seeking input on ways to reduce the charges, Council requested a rate review from their consultant, Watson & Associates.  At that time, anticipated wastewater rate increases were reduced to 2% from 15% for two years.

Gary Scandlan of Watson and Associates began the meeting with a detailed presentation outlining the history of the issue.  In 2011, the township was under pressure from the Ministry of the Environment to improve the quality of the effluent discharged into Baxter Creek from the existing wastewater treatment plant that was experiencing ongoing breakdowns due to its age.  Faced with the option to overhaul the plant and improve the existing issues or establish a new plant with increased capacity to accommodate growth, Council chose the latter.  The decision came with a much bigger price tag, but due to available grant funding, resulted in a significantly lower cost burden on current users, who would face much lower rate increases if the capital replacement was shared with new users.

During the meeting, residents shared their concerns about water use in general, and some misconceptions were dispelled.  For example, new water and sewer lines established in all new developments are funded by the developers of those projects.  Water haulage companies pay a premium, not a discounted rate for water purchased from the township, and the same applies to commercial users.

Some in the audience were unmoved by the consultant’s rational presentation explaining how we got here, and were looking for ways to obtain immediate rate relief.  Several prefaced their request for reduced water rates with the evidence that before the new water system was installed, rates were much lower.  The fact is, the previous rates are precisely why rates are now so high.   Prior to 2011, rates did not include any savings component to help pay for the new water system.

The original system was inherited by the township, paid for by the provincial government.  When the township was forced to investigate replacing the water systems in 2010, there was only $???? set aside in reserves to help address a minimum capital spending of $5.4 million.

When the province downloaded municipal water systems to their host municipalities, the recipients were charged with covering their costs- it was one of those gifts that keeps on giving. When these plants required capital investing, few municipalities had budgeted for this scale of investment and did not have the revenue generating capacity to fund them.

Consider the analogy of receiving your first car as a gift.  The only expenditures you incur are operating ones: fuel, servicing, licensing and insurance.  When the time comes to replace the car, a new payment appears- one that actually pays for the car itself.  The cost of car ownership changes dramatically.

For Millbrook water users, it was time for a new vehicle.

In the days before the Walkerton Inquiry, municipalities followed voluntary guideline instead of mandatory regulations governing their water management systems management. Capital investments could be postponed due to budgetary limitations.  Now municipalities are being forced to collect fees that cover operating costs as well as capital investment to maintain their water systems, with local Council members personally liable if established standards are not met, with penalties that include fines and imprisonment.

Water rates will again be the subject of Council deliberation in this month when they try to reconcile the requirements of the province with the rate abatement requests from Millbrook constituents.  Thanks to open communication at the Open House, everyone understands the magnitude of the challenge ahead.  KG