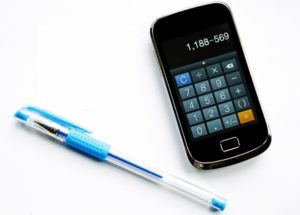 It’s the kind of surprise that is unwelcome but common in construction projects – cost over runs.

Despite cost-cutting reports and what the architect describes as “bare bones” building features, tenders for the construction of the new Community Centre all came in above the budget.

The firm of MacLennan Jaunkalns Miller Architects had proceeded cautiously, creating a detailed design based on two externally- produced cost analysis reports from the quantity surveyor firm of Turner Townsend to keep the project on budget with a target tender price of $13.4 million.  That was the plan.

After a pre-qualifying process to ensure construction firms to be considered came with credentials that improved the likelihood of a smooth build, four approved candidates submitted tenders with only a 4.4% difference between the high and the low bid.  This indicates that there were no significant discrepancies in interpreting the building plans, which is good and bad news.  The consistency also indicates that without significant design changes, the plan as drawn will cost more than expected, no matter which firm builds it.  The low bidder was Aquicon Construction, who submitted a tender amount of $15,721,000 representing a cost overrun of $2.329 million, or 17.3% above the forecast.

At the March 19th council meeting, and Marc Downing, the lead architect on this project, admitted his own surprise and concern over the numbers.  After going over the cost estimates with the provider to see why the bid was so much higher than the estimates, it was determined that construction materials have boosted the cost of recreation facilities in recent months.   The three costs that were considerably above the forecast were interior and exterior framing and sheathing, mechanical systems (including the refrigeration system), and concrete.

We are not alone in this dilemma.  Facilities in Toronto and Mississauga also experienced tender bids exceeding estimates by double digits for recent project tenders, where the opposite trend was seen in the first half of 2017 where the consultant’s estimates fell within  +.5 and -5% of contracted prices.

Exploratory discussions were held between the architect and the low bid contractor to seek ways to cut costs without jeopardizing any programming in the building.   Some significant changes were considered, including removing the indoor track, lowering the height of the building, removing the community hall, meeting and fitness rooms, concession and office spaces, switching gravel for asphalt in the parking lot, and reducing the number of trees in the playground area.  The most significant change considered was to remove the ice surface and replace it with an indoor turf facility for indoor soccer, lacrosse and other indoor field sports.  No costing was discussed for any of these options.

Because the arena was the recreational facility identified as having the highest priority in studies that initiated the Community Centre Project, Council wondered how removing it would be received by the public.

Matthew Graham, co-Chair of the Cavan Monaghan Community Centre Project was asked to weigh in on how this might impact the committee’s fundraising activities.  He explained that while fundraising activities were careful to identify the project as a community centre and not an arena, he felt there would be some pull-back from the community if such a switch was announced.

Councillor Belch asked specifically about the fundraising contributions to date from the Millbrook Minor Hockey organization, noting they use 61.4% of peak ice time and benefit from a discount of 1/3 off regular rates.  Graham reported that despite ongoing discussions, no funds had been received from this organization and no dedicated fundraising activities have been conducted or announced so far.   There is a clear expectation from Council that user groups contribute to the costs of new facilities, and the precedent has been set by the local soccer club which contributed to the renovation of Maple Leaf Park by paying for the lights.

Mayor McFadden indicated that recently both the federal and provincial governments have announced significant infrastructure funding to become available shortly, which has traditionally resulted in higher construction prices in a sellers’ market for construction projects.   The current tender expires in May leaving little time to make design changes and none pop out that would result in major cost savings.  In the words of the architect, the only way to remove $2.4 million from the budget is to build a different project.

Council will review its options on April 3rd after staff examine the options available. KG