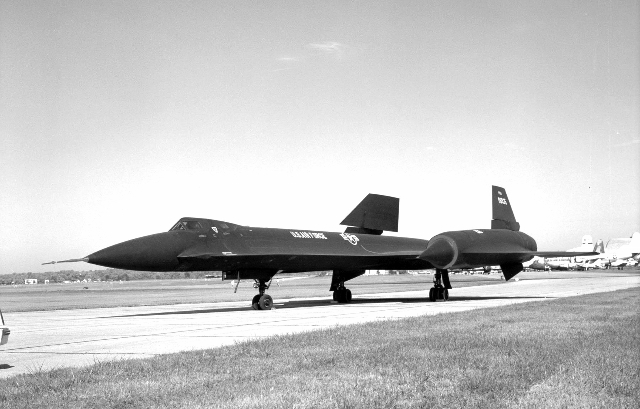 Photo supplied. The Lockheed YF-12 experimental interceptor is the fastest jet fighter we mortals can devise. It has a top sped of Mach 3. That’s 3,360 km/h or 2,100 mph. But, as you now know, Mother Nature can move a lot faster.

Everything in space is moving. The planets, their moons, the stars and galaxies are constantly on the move. So how fast are they zooming along? Let’s start right here at home – on Earth.

If you are at the equator reading this article, you are zipping around at 1,670 kph that’s 1037 mph in old-folk lingo. Of course you don’t notice it because you’re rotating right along with dear old terra firma. Thankfully so is the atmosphere otherwise we’d have a headwind that would play havoc with Donny Trump’s hairdo. Then again, you could probably water ski behind a sailboat.

Of course Earth is also orbiting the Sun at 110,000 kph. That’s translates into 30 km/sec or 19miles/sec. It’s a good thing there are no speed limits or traffic cops in space, otherwise Earth’s traffic ticket would be astronomical.

Speaking of astronomical, our Milky Way Galaxy is also putting its spin on things. So hold on to your hats. You and yours are currently whisking around inside our galaxy at 220 km/s. That’s 720,000 km/h or 450,000 mph.

We can’t leave any discussion of speed in the universe with mentioning the speed of light. That’s roughly 300,000 km/s or 186,000 mph for those of you still playing dragons and dungeons. According to Einstein, nothing can exceed the speed of light. This leads to some interesting hypothetical questions. If you were traveling at the speed of light and held up a mirror, could you see your face in it? It’s just a little something to ponder. I know in my case I shutter to think of seeing my face, as does the mirror.

Let’s slow things down a bit and visit the Cassini Spacecraft which has been orbiting Saturn and its moons for nearly a decade now. Sadly that’s about to end, but definitely not with a whimper. Instead Cassini will take us on the ride of our lives as it dives into the outer regions of Saturn’s rings.

Astronomers are calling this Cassini’s Ring-Grazing Orbits. Not only will we be getting some amazing images, but Cassini has two instruments that can sample particles of the rings as well as the gases within them. That’s where the ring-grazing comes from.

I’ll have more on this in a future article. It’s worthy of far more than a mention.