The Millbrook Times » April 2018 » Health Effects of Cannabis Use

Health Effects of Cannabis Use 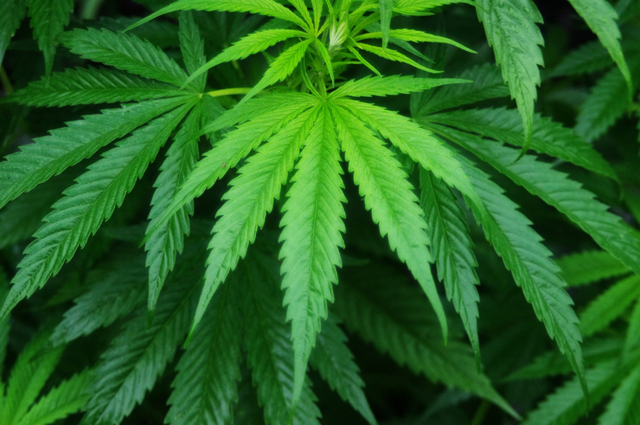 The final Senate vote on Bill C-45, the Cannabis Act, is set to take place on June 7th, and this bill is very likely to pass.

A recommendation within this bill is that cannabis packaging will display warnings regarding pregnancy risks, addiction risk, mental health impairments, effects on youth, and driving under the influence. There are 14 different warnings proposed that attempt to cover the breadth of health consequences of cannabis use, and cannabis suppliers will need to rotate the warnings over the course of a year.

One of the downstream effects of CB1 receptor activation is the release of the neurotransmitter dopamine. Dopamine release causes feelings of euphoria and plays a significant role in the control of cognition, attention, emotionality and motivation. Many of the physiological effects of cannabis can be linked to the interaction of THC with CB1 receptors and the release of dopamine.

Laboratory-controlled studies in the 1980s and 1990s found that when study participants were given cannabis, significant impairments in motion tracking, attention, reaction time, hand-eye coordination, vigilance, time and distance perception, and decision making were observed. Subsequent studies have confirmed these findings and highlight why driving under the influence of cannabis is illegal.

A plethora of studies have observed an increased risk for psychosis, anxiety, and schizophrenia with cannabis use. In a scientific review published this past month in the British Journal of Psychiatry, the authors boldly state; “It is now incontrovertible that heavy use of cannabis increases the risk of psychosis. There is a dose–response relationship and high potency preparations and synthetic cannabinoids carry the greatest risk.” The release of the neurotransmitter dopamine has been proposed as the biological explanation for the psychosis-inducing effects of cannabis.

The release of dopamine may also help explain why cannabis can be addictive. One in eleven cannabis users will become addicted and the risk for addiction increases for younger users. As many as one in six adolescents who recreationally use cannabis will become addicted. In general, the younger someone is when using cannabis, the higher the risk for negative mental health consequences.

Prenatal exposure to cannabis is associated with reduced cognition, deficits in language comprehension, hyperactivity, and altered emotionality. For breastfeeding mothers, it is important to note that THC passes easily into breast milk and accumulates rapidly. Infant brain development can be compromised if breastfeeding mothers use cannabis. Interestingly, breastfeeding mothers synthesize their own version of cannabis (endocannabinoids) that concentrate in breast milk and stimulate infant suckling and feeding. By supplying a non-natural source of this chemical, infant feeding may be compromised resulting in reduced ability to thrive.

Upon discussion of the negative health consequences of cannabis use, one might ask why legalize the drug in the first place. What are the possibilities for positive health outcomes with legalization?

Treatment of chronic pain is a common recreational use for cannabis. Considering the epidemic pain-relieving opioids have caused, self-medicating with cannabis may reduce the number of people prescribed opioids. There has never been a cannabis overdose and cannabis is much less addictive than opioids.

Legalizing cannabis may promote more awareness about the effects of the drug such that the net effect is a more informed public. The fact that scientific studies have been tabulated to provide evidence-based warnings on cannabis packaging is a far cry from the 1950s when tobacco companies were suppressing the evidence linking their product with cancer risk. In today’s age, the potential for cannabis legalization has certainly increased awareness of the drug and hopefully this awareness leads to healthier choices.

It’s worth considering that 80% of our medications are in some way plant-based or derived from plants. By legalizing cannabis, industry leaders can fund R&D associated with this plant, which may lead to innovative medicine development. For example, in addition to THC, there are hundreds of bioactive compounds in cannabis. One of these cannabis-derived compounds known as cannabidiol reduces epileptic seizures. In two studies published within the past year, cannabidiol decreased the number of seizures in two severe forms of epilepsy, Lennox-Gastaut syndrome and Dravet syndrome. Purified CBD for the treatment of these two diseases is projected to hit the market in the second half of 2018.

The health impairments associated with cannabis are supported by a large body of evidence making legalization difficult to defend from a health perspective. However, if the net result of legalization is more open discussion about the health consequences, especially with our youth, perhaps the legalization of cannabis will decrease consumption more than keeping it criminalized ever could.