The Millbrook Times » August 2020 » Gardening in the Time of Comets

Gardening in the Time of Comets 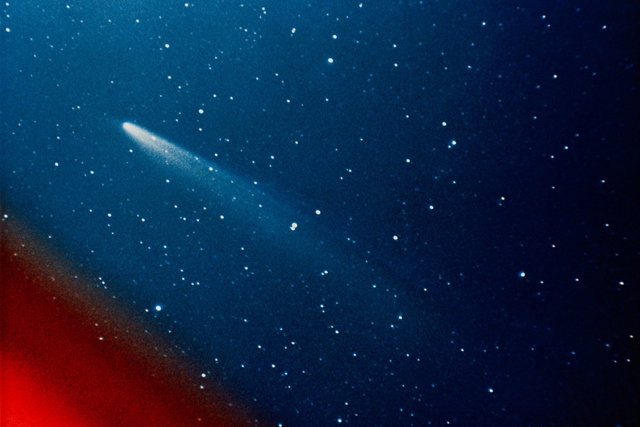 Regular readers of these pages will know that “Get Out!” is both the title of this column and its frequent theme. This month, however, we are going far out indeed—as far as the comet that graced North American skies throughout much of July.

In case you missed it, comet NEOWISE is (or was) one of the brightest visible comets since Hale-Bopp in 1997. If you did miss it, don’t worry: it will return in a mere 6,800 years, give or take a few minutes.

Comet NEOWISE was an extraordinary sight when I went out to look at it in my back yard last week. It has a ghostly double rooster-tail of dust and ionized gas, trailing behind a bright nucleus like a fuzzy star. It’s visible with the naked eye, but any pair of binoculars will bring out greater detail and add contrast. Looking up at it, I reflected on the extraordinary nature of even the basic facts about NEOWISE: it is a five-kilometer-wide chunk of ice and dust left over from the formation of the solar system 4.6 billion years ago. It was traveling, at that time, at about 60 km per second. Its long voyage takes it so far beyond the orbit of Neptune that at its limit the sun would appear a faint and fuzzy disk in a fluffy oval that we call home. The last time it appeared in our skies the global human population was around 5 million, and the age of copper had just begun. Extraordinary!

NEOWISE was named, incidentally, for the NASA mission that discovered it: the Near-Earth Object Wide-field Infrared Survey Explorer. This mission is designed to map comets, asteroids, and other large, space-borne objects that enter the inner solar system and might pose a hazard to earth.

These facts, however, are not the only reason I find comet NEOWISE extraordinary.

It is extraordinary because last week the same passage of time being marked by NEOWISE in such a large and breathtaking loop was also being marked in my garden, and maybe yours, too, by the smaller cycles of swallowtail butterflies, northern crescents, and a mighty flowering of the plants that feed them. The very large and very small are equally breathtaking if we take time to look.

The butterflies have been lucky this summer, too, because I have a sizable stand of milkweed for monarchs to use for food. I distinctly remember spreading the seed for these plants last fall: I had a ripe pod of milkweed seeds in my hand and broke it open to set them loose. The silky seeds streamed out into the wind like a comet tail.

Tagged Get Out, wildlife. Bookmark the permalink.