Film to Document Butterfly Migration from Peterborough to Mexico 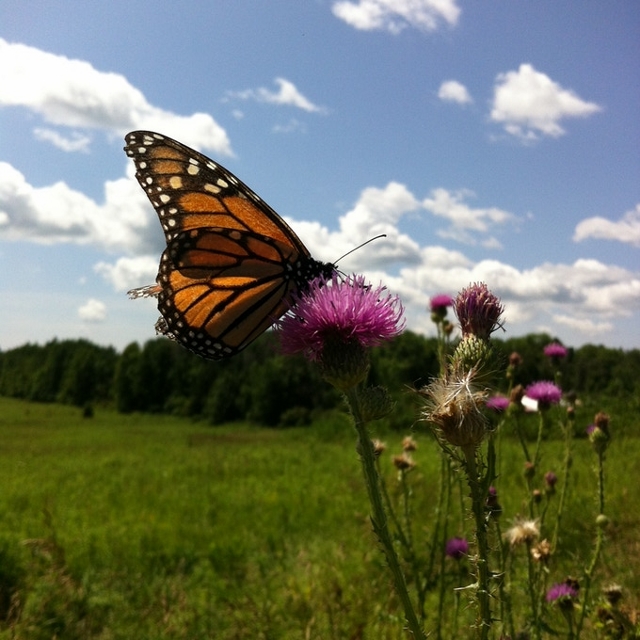 Photo Carlotta James. The 4200-km migration path from Peterborough to Mexico to be documented.

A team of film-makers, runners, and pollinator advocates are working on a new documentary to tell the story of the flight of the monarch butterfly seen through the eyes of ultra-runners who will follow a similar path of 4,200 km from Peterborough to Mexico next fall.  Entitled The Monarch Ultra, the film is designed to raise awareness of the resiliency of monarch butterflies who make the migratory journey every year but whose populations are in decline.  It will also document the first attempt to run across North America (Canada, USA and Mexico) in a running adventure that will take participants across wild and remote landscapes, while building camaraderie, overcoming adversity and sharing a singular adventure with monarch butterflies.

The Monarch Ultra starts in Peterborough, Ontario where runners will follow the same migration route as monarch butterflies all the way to the Sierra Madre Mountains in Central Mexico. Fifty or more ultra-runners are invited to run a leg of 50 km or 100 km each through a diversity of landscapes including mountain paths, forests, meadows, deserts, and cities. The event will provide an opportunity to connect residents across the continent with a focus on common goals of stewardship and biodiversity conservation.

The project brings Peterborough residents Rodney Fuentes, Director and cinematographer together with pollinator advocate Carlotta James to celebrate the incredible strength and courage of monarch butterflies and ultra-runners that allow them to cover vast distances to new and potential unknown destinations.

Last month organizers took a road trip to confirm the route and are looking forward to the next steps.  To get involved, contact Rodney Fuentes or Carlotta James.   A Kickstarter campaign has been launched to raise funds for the project, attracting 99 donors who have pledged $30,290 so far, slightly exceeding the organizers’ goal for the project’s development costs but more will be needed to produce the film.  To learn more about the project, visit www.kickstarter.com and search for The Monarch Ultra.