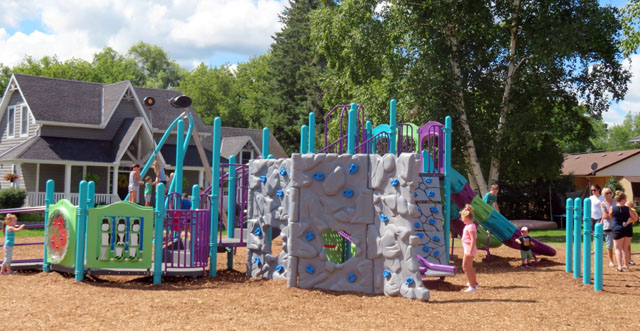 Last month, the new playground developed by the congregation of the Millbrook Christian Assembly was installed beside their parking lot in the west end of town to the excitement of local children and parents.  The congregation felt moved to address a shortage of playground equipment in town, and wanted to develop a facility that was accessible to children of all abilities. 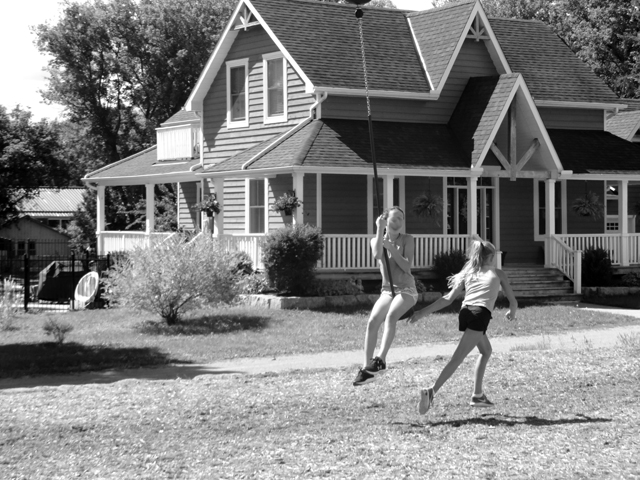 Photo Karen Graham.
One of the most popular features in the new Harvest Community Park installation beside the Millbrook Christian Assembly is the 90′ zipline which designers say promotes balance, strength, coordination, and stimulates both fine and gross motor skills. These girls only know that it’s fun!

In designing the playground, planners ensured the facility included features that were accessible to children of all abilities.  This is a significant recreation installation, with a budget of $185,000.  After insurance giant Aviva kicked off the fundraising with a donation of $10K, efforts continued through a variety of grant applications and community efforts.  By last September, the congregation had raised $116,550, so organizers proceeded to select and order the equipment.  Eager to get started, they divided the project into phases, and the first phase is now complete.  By the end of August, they were only $17,000 from their initial target, so Phase 2 won’t be far behind. KG