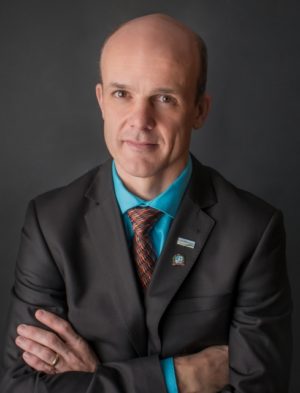 On May 27th 2014, the Council of the Township of Cavan Monaghan directed staff to send a letter to Minister Brad Duguid with the Ministry of Economic Development, Employment and Infrastructure, with the request that he appoint a Provincial Development Facilitator to assist in discussions between the Township and the City for the purpose of securing serviced employment lands for the benefit of the region.

On March 12, 2015 the Minister of Municipal Affairs and Housing, Ted McMeekin, formally appointed the Provincial Land and Development Facilitator, Paula Dill, to assist the parties in their efforts to develop a local restructuring proposal that would benefit all parties. Discussions were deferred in 2015 until 2016 when the Township sought clarification and support from the Minister of Municipal Affairs, Bill Mauro in a letter dated September 2016. At no point in time were discussions pertaining to the Casino location and revenue sharing any part of the Provincial Facilitation process.

It’s been suggested by some that the Township of Cavan Monaghan needs this deal to make up for any shortfall in cash flow as a result of the departure of the Casino, and the associated annual revenues, that are proposed to move to the City of Peterborough. Quite frankly, that’s not the situation at all. Without the revenues from a Casino, the Township of Cavan Monaghan would need to operate like any other municipality across the province that doesn’t benefit from the additional revenues of a Casino within their jurisdiction.

In the 2010 Budget, the total Operating Budget of the Township of Cavan Monaghan was $6,217,802, and the revenues raised through municipal taxes totaled $3,664,002. At that time, the municipality required $1,493,771, representing approximately 24% of the Total Operating Budget, as a transfer from OLG funds to subsidize the tax rate. At that point in time, the Township had become very dependent upon the funds from the Casino in order to balance their Operating Budget. Additional funds for Capital purchases and Asset replacement were also paid entirely by funds received from the OLG. Given that a 1% tax increase at that time only generated approximately $37,000 in additional revenues, the shortfall at that time was quite staggering for a small rural municipality.

In the most recent 2017 approved Budget, the total Operating Budget of the Township of Cavan Monaghan is $6,115,339, and the revenues raised through municipal taxes is forecast to be $6,891,729. The entire Township’s Operating Budget has actually been completely funded through our municipal taxes since the 2013 budget. The funds that are now raised through taxes over and above the operating budget go directly into Capital purchases and Asset replacement reserves. Despite maintaining the same service levels across the municipality over the course of the past 7 years, as well as increases to operations as a result of significant energy cost increases and annual wage increases at the rate of the cost of living, the Township has been able to in fact lower our Operations Budget during that period of time. I would challenge anyone to find another municipality across the entire Province of Ontario that has reduced their operations budget, while maintaining the same levels of service over the course of the past 7 years.

So the big question for everyone at this point is, where are we in the provincially mandated process?

The Council of the Township of Cavan Monaghan has approved to receive public comment on the signed MOU and a Draft Restructuring Proposal.

The Council of the County of Peterborough has also approved to receive public comment on the signed MOU and a Draft Restructuring Proposal.

The City of Peterborough has directed staff to continue further negotiations with the Township and County with respect to the MOU, but have agreed to receive public comment on the Draft Restructuring Proposal. City Council has also provided their staff with 6 other directions regarding the proposed boundary adjustments.