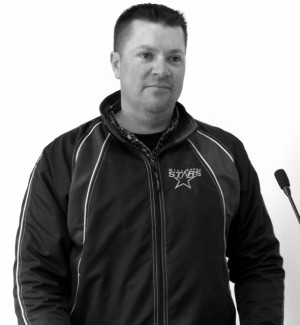 The President of Millbrook Minor Hockey (MMHA), Kaury Jones, presented a passionate proposal for a new community centre for the township.  Supported by a delegation of 20 Minor Hockey supporters, Jones outlined the familiar complaints about our current facility, including inadequate dressing rooms and parking, lack of accessibility, and the list goes on.  Jones pressed Council to move from studies to action in order to address the needs of a growing community.  With almost 200 registered members, the organization expects enrolment to double in the next three to four years as the new housing developments become occupied.  The MMHA expects to have more teams next year, including an all-women’s team.  They are already using ice at the Bewdley arena to supplement their needs on a regular basis.

What followed was a laundry list of attributes the organization hoped to see in the new Community Centre, including two ice pads, heated seating areas, 8 adult-sized dressing rooms, with common areas for meetings, exercise and possibly a pool.  Jones outlined revenue generating possibilities a new and improved centre would offer beyond ice rentals, such as food service revenue from vendors, rentals for weddings and other events, etc.  In conclusion, Jones acknowledged that affordability would be the deciding factor, but he was encouraging Council to think big.

Anyone who has visited the current location will concur with the conclusion of previous studies which say the building is deficient in almost every category.  The delegation received no arguments regarding the condition of the current facility, which Councillor Belch described as being on “its last legs”.  Belch also expressed hope that the local hockey association was as committed to helping with the financial burden of a new facility as the was demonstrated by our local soccer club, which rose to the occasion with cash to partially offset the incremental cost associated with the significant improvements to their facilities.  What was more contentious was the extent of the vision offered about the features of the proposed facilities.  Deputy Mayor Fallis was unconvinced that incremental revenues would flow into a dual pad facility being contemplated by Minor Hockey representatives, fearing the business currently being turned away was price-sensitive and was possibly only attracted to a Millbrook facility by a discounted rental rate.

Mayor McFadden was more optimistic in his approach, listing several lost opportunities where outside user groups including sledge hockey and hockey teams from Clarington had approached the township for ice time.  The location of the township and its good access makes it an attractive alternative for users groups both north and south. He also believed that the township and the hockey club could work together more closely to generate additional revenue by assisting with weekend hockey tournaments which are money making events.

The fact is, since Bewdley Minor Hockey club folded, there is ice available in a recently renovated arena a few miles south of town.

A 2011 study recommended that a new multi-use community centre be developed which would include a single NHL size pad with seating capacity of 400, six adult-size change rooms and other support spaces including a 4,000-5,000 square foot banquet hall/multi-use space, a 1,200 square foot activity studio with sprung floor to accommodate fitness activities, an 800 sq. ft. meeting/club room for meetings, courses, an indoor walking track and the possibility of an indoor soccer facility.  The centre could offer programs and drop-in opportunities for youth and seniors and possibly house a modestly equipped fitness centre.

A Centre of this nature requires a site of roughly 8 acres in size, and the capital costs are estimated in the neighbourhood of $16 to $20 million to complete, and staff projections show a continued operating deficit averaging $150,000 over the next five years.

Council has asked staff to investigate some of the cost items further, but has also established four opportunities for the public to provide input on what they see as the priority for a new community centre.  The public is invited to join Council during its regular meetings on April 18th and May 2nd at 1 pm, or at evening meetings at the township office those same days beginning at 6pm to share their views and guide them in identifying the best combination of features that won’t break the bank.