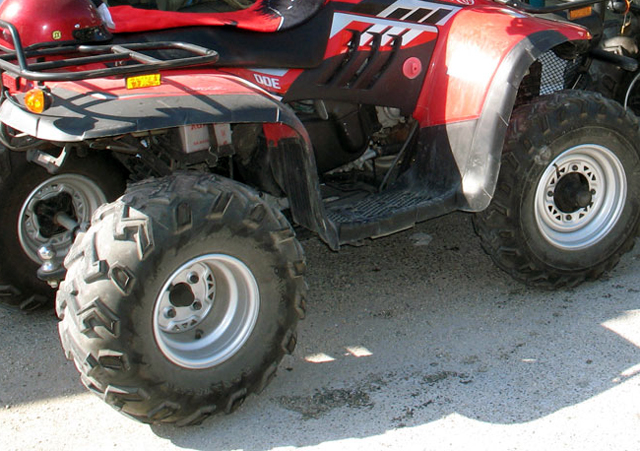 After months of delay, it seems Council will be addressing the contentious issue of allowing Off Road Vehicles (ORV’s) to travel on some township roads in the near future.

One of the primary sources of delay has now been eliminated, as the City of Kawartha Lakes (COKL) has finally responded to a January letter from Cavan Monaghan staff about one of the proposed routes.

The issue has arisen in response to the province’s Get Ontario Moving Act, which includes a clause that will allow off-road vehicles (ORV’s) on all municipal roads (but not County roads or highways) unless a municipality adopts a by-law restricting their use, reversing the current legislative onus which prohibits the use of ORV’s unless  specifically permitted.  The legislation has received royal assent in 2019, but it is not yet in effect.  At the time of approval, an implementation delay of 18 to 24 months was established to provide municipalities with the time to review their road networks and decide how they wish to proceed.

In July 2019, Cavan Monaghan Council decided to consider ORV use in the township in three distinct, geographic options.  The first would only allow ORV travel between an existing public, multi-use trail called the Victoria Rail Trail that links Kinmount to Bethany, to a trail in the Ganaraska Forest.  The proposed route travels along Dranoel Rd., Fire Route 601, Fallis Line and Glamorgan Rd. to the section of Ganaraska Forest where seasonal ORV traffic is currently permitted.   The second, broader alternative was to open all municipal roads of Cavan Monaghan Township to ORV’s, excluding those within the Village of Millbrook.  The last alternative extended ORV traffic to include municipal roads within the village of Millbrook.   The idea was that if the first, most limited option did not fly, the entire issue would be dead.

Two of the roads in the first option are part of the boundary between Cavan Monaghan and the COKL, so both municipalities would have to permit Off-Road Vehicle on these roads to allow this particular route to be approved.   In January, Cavan Monaghan township staff sent a letter to the COKL asking for a formal position from their Council.  Last week, the COKL staff presented a report recommending support for the creation of this route and their Council agreed to do so on a one year trail basis.  In defense of the proposed route, staff argued that the link would enhance tourism and increase the visitor spend in Kawartha Lakes, would showcase the area, promote recreation and leisure activities for residents while protecting local farmland and native flora and fauna which might otherwise be damaged if ORV users sought unauthorized routes.

In September 2019, Council held a public meeting to determine public sentiment about this particular option.  The turnout exceeded 250 people with opinions for and against expressed with an equal dose of passion and commitment.   Residents on both sides of the issue expressed their views with clarity and respect, but whether any participants were swayed from their original position remains to be seen.  Lawn signs for both sides remain firmly planted around the area, suggesting that residents have not yet found common ground.

Now the ball is in Cavan-Monaghan’s court.  Township staff is scheduled to present their report on this route only in September.  KG