Last week, the Otonabee Region Conservation Authority (ORCA) held its 59th Annual General Meeting at Baxter Creek Golf Club. With roughly 50 members of the public in attendance, there was a full agenda. The directors and staff reviewed the highlights and achievements of the year, presented community awards of excellence to community participants and heard from Climate Change expert Blair Feltmate explain why his research is now funded by a large insurance company. In short, the insurance industry believes that climate change brings significant financial risk that they seek to mitigate. 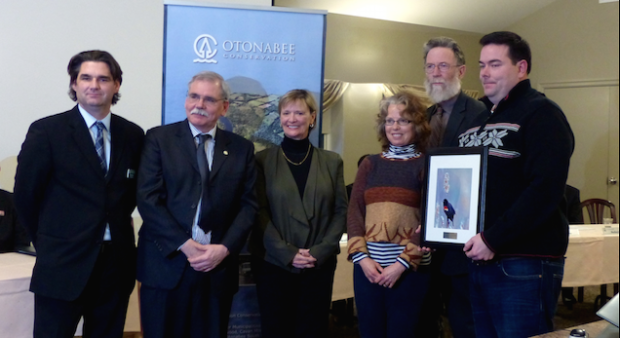 Most of us know little about the organization, as public dealings with ORCA are often limited to situations where their permission is required to do something with private property, and it might feel like more often than not, they make things difficult. But who are they and what is their agenda?

ORCA is an environmental agency charged with protection and managing the natural resources under their domain, which covers the Otonabee Region watershed. It is operated by its eight member municipalities who together strive to preserve and protect a healthy, environmentally diverse watershed for all residents, visitors and businesses, which helps to promote a healthy regional economy. One of 36 conservation authorities in Ontario, it is governed by its Board of Directors with representation from the participating municipalities along with 13 staff members. They step in during the issue of some land use permits because they wield provincial responsibility to address planning issues related to natural hazards.   As stewards of waterways and hazard lands, they seek to prevent land uses which are detrimental to the natural environment.

This means they are charged with protecting local waterways, including rivers, lakes and streams, protecting and restoring our woodlands, wetlands and natural habitats, developing and maintaining programs to protect life and property from hazards such as flooding and erosion, and providing natural environments for public enjoyment and education.

In his year in review discussion, one of the highlights reported by Chief Administrative Office Dan Marinigh noted that one of the main highlights of the year was the July 3rd announcement of the receipt of funding from the Federal and Provincial governments of roughly two-thirds of the $3.3 million Millbrook Dam replacement funding- the largest the Authority has ever received. Marinigh noted that the Addendum Report to the Environmental Study on the Millbrook Dam which outlines new design is available for public review and comment and is available on at the ORCA and Township offices, on both websites and at the Millbrook Branch and Bruce Johnston libraries within the municipality.

One of ORCA’s key areas of responsibility given climate change and severe weather patterns is flood forecasting. They monitor water levels and risk factors, issue flood warnings, advising the community of current issues. For example, at this moment there is a flood risk in the Otonabee River below Lock 19 due to an ice jam which is forcing water levels up behind the jam.

ORCA took the opportunity to present three Environmental Excellence Awards that evening, including one for members of the Millbrook Valley Trails. These five trails wind through forests, wetlands and meadows and were developed in partnership with several agencies, community groups and volunteers and are managed by a steering committee of Cavan Monaghan Council.

Other award recipients included the Stewardship award given to the Peterborough Cycling Club for establishing an extensive network of mountain biking trails and the business award received by Siemens Canada for their efforts to naturalize areas along the stormwater management feature on Medical Drive in the City of Peterborough.