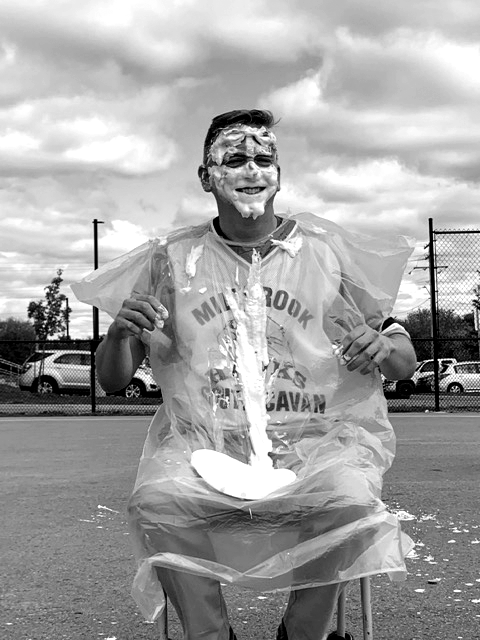 After setting a fundraising target of $1000 for their Terry Fox event this year, Millbrook South Cavan students brought in more than double their goal, raising $2337.55 for the Terry Fox Foundation.   Staff members including Principal White and teachers Mrs. Thomson, Mrs. Martin, Mrs. Sturgeon and Mrs. Noble honoured their commitment to have pies launched in their faces by students.  The classes in each division that raised the most money were rewarded with a pizza party.