The Millbrook Times » Dec 2017 » Millbrook Dam Reconstruction Moves Ahead, But at a Higher Cost

Millbrook Dam Reconstruction Moves Ahead, But at a Higher Cost 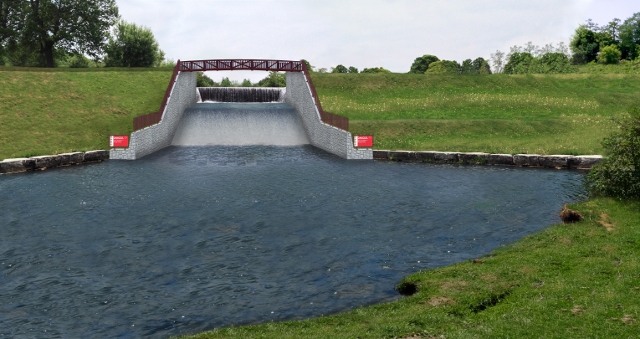 Council was dismayed to learn that before shovels were in the ground for the reconstruction of the Millbrook Dam, the project costs have already risen by more than $500K.  At the time the project was approved, the original forecast was for a total project cost of $3.3 million dollars, of which two thirds were covered by matching federal and provincial grants through the Small Communities fund, leaving the ORCA on the hook for the final $1,119,363.  Under a funding policy for management of water and ice control structures adopted in 2015, the benefiting municipality is responsible for 90% of ORCA’s funding for capital repairs and replacement.  This means in the township’s share of ORCA’s dam reconstruction budget was originally projected at $1,007,427.

During their October budget meeting, the Otonabee Region Conservation Authority (ORCA) board approved a tender for the reconstruction of the Millbrook Dam.  It was the conclusion of a lengthy process that included several design proposals and was subject to strict regulatory approvals.  The final design was presented to the public earlier this year, and received regulatory approval to proceed. Given the nature and extent of the project, the Board established a prequalifying process in which three qualified contractors were identified.  All three submitted bids for the project, and each one exceeded the forecasted budget.   The ORCA Board awarded the contract to Facca Inc. for an amount not to exceed $3,257,033, which includes a $350,000 contingency allowance, bringing the new budget forecast to $3,972,115.  With the matching federal and provincial grant money fixed, this means the overrun must be absorbed locally.

Some funding has been secured for part of the overrun through the receipt of $215,682 in funding from the provincial Water Erosion Control Infrastructure (WECI) program, which supports repairs and studies necessary to ensure conservation authority dams and water control structures meet public standards of safety and protection.  The remaining $215,642 overrun will be paid through ORCA.  This means that Cavan Monaghan’s share of the total rebuild project increases by $94,078 to a total of $1,201,504, not including the expense for sediment removal.

As outlined in the preliminary Budget report submitted by township Director of Finance Kimberley Pope last month, this project is putting pressure on the township’s capital budget for 2018.  Some of the dam reconstruction costs have already been paid, including $104,895 paid in 2016 and an additional $257,040 in 2017.  Rather than raise the township’s annual contribution for this project, ORCA has decided to extend the payments until they have recovered the township’s portion, so the 2018 payment remains at $257,040.  If necessary, ORCA will secure bridge financing to fund the overrun.

One of the biggest unknowns is the cost of the sediment removal, which is most efficiently performed during the reconstruction process.  In the tendering process, ORCA sought bids for sediment removal, but due to the nature of the task, these estimates far from firm and are quoted on a unit basis- that is they will be paid based on the volume of sediment actually removed.  There does not appear to be any significant issue with the nature of the sediment for disposal, and the township has identified two township-owned disposal sites.  The bid submissions included two sediment removal options: one restricted to the east side of island estimated at $155,925; and one for entire mill pond for $289,200.  ORCA’s request for WECI funding for this aspect of the project has been declined so far, but they have asked for reconsideration.  In the meantime, the township’s preliminary budget allocates $350,000 for sediment removal in 2018.

When presented by the new financial projections, Mayor McFadden expressed dismay over the lack of control exercised by the township in a project where it bears 90% of the costs, suggesting that as much as it supports the project, the township is not handing over “a blank cheque”.   He asked ORCA’s Chief Administrative Officer Dan Marinigh for assurances that spending on this project would be controlled and asked for more influence over decisions as they occur rather than learning about them after the fact.  Marinigh assured McFadden that given the complexity of the project, there was little choice in the design, and the contractor has a reputation for staying on time and on budget.  Township staff will participate in monthly meetings to keep on top of the project.

Lower tier government entities jockey for position in the line for grants from the various governmental agencies doling out cash to reduce their own expenditures, but as ORCA Board member Karl Moher so succinctly stated at their October meeting, in the end, there is only one taxpayer, and spending public funds should recognize the limits on the taxpayer pocket.

The good news is the actual work will begin this month, and ORCA expects the entire project, which is the largest and most complex one they have ever managed, to be completed by the fall of 2018.  Let’s hope the next surprise is a project completed as planned. KG