The Millbrook Times » February 2020 » Millbrook Arena Back in Action

Millbrook Arena Back in Action 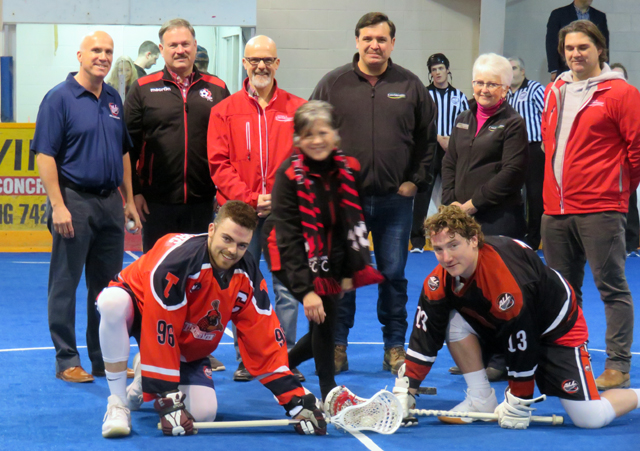 The Millbrook arena parking lot was full again on January 4th when the Peterborough Timbermen Lacrosse team hit the floor in their first game in the recently renovated facility that is now equipped with gently-used blue artificial turf.  The opening event was welcomed with an official ball drop featuring Maple Leaf Cavan Football Club executive Angela Penello, who has been instrumental in the successful transformation of the facility into a field house used by the club’s competitive soccer teams, the Peterborough Timbermen lacrosse team and several other local athletic organizations seeking indoor facilities in which to train and compete.

Despite a valiant effort, the Peterborough Timbermen men’s Lacrosse team fell by a goal to their opponents from Paris at their home opener that afternoon, but made a comeback in their next game in St. Catharines against the league’s defending champs and won their first home game last Saturday against the Six Nations Snipers.   Lacrosse action continues in Millbrook on Friday, February 8th at 7 pm and Saturday, February 15th and 29th at 3pm.  KG