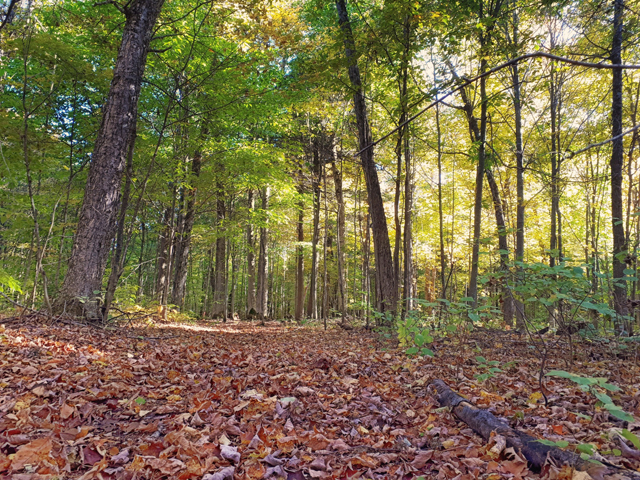 Jane Zednick of the municipality of Port Hope presented a delegation to the Ganaraska Regional Conservation Authority at last month’s meeting.  Throughout the dignified and thoughtful meeting, speakers came to present their positions regarding ATV traffic in the forest to Board members which include Chair Jeff Lees and Cavan Monaghan representative Councillor Tim Belch.

A former resident of Millbrook, Jane Zednick is affectionately known as the Environment Hugger because she hugs more than trees.  Jane was most elegant in expressing her concern about the degradation of the Oak Ridges Moraine – the drinking water source for millions of Ontario residents.  She also expressed concern about the consequences of “Bill 107, The Getting Ontario Moving Act, 2019” which according to its authors is intended to making roads safer for Ontario residents.

After describing the damage she has witnessed in the forest, Jane suggested that some of the damage could be mitigated by enforcing existing public use regulations.

Councillor Belch, indicated that organizations such as Kawartha All-Terrain Vehicle Association may lobby for access to the forest but he is concerned about more traffic in the forest.

Marg Dickson, a local resident of the Ganaraska Forest, spoke on behalf of the Citizens’ Committee for a Safe East Forest. This committee was founded to enhance the safety of forest users, particularly walkers and horseback riders. She explained that the western section of the Ganaraska was more suited for Off Road Vehicle users than the east side because of physical restraints and asserted that due to the lack of enforcement by the OPP, ever increasing numbers of Off Road Vehicle users are trespassing on the roads and in the forest.  In the estimation of the committee, this has created a feeling of entitlement in Off Road Vehicle users who believe they can continue to drive illegally on the roads.  Her final request was for additional enforcement to reduce the opportunity for conflict on Ganaraska Forest lands.