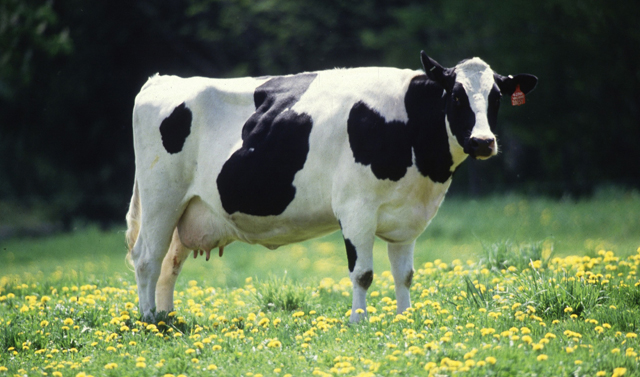 This June, Susan and John French celebrated their 39th year operating their farm on the 4th Line.

They produced milk with their 70 head of Holstein cattle, keeping bull calves for beef.  Raised on a farm in Cookstown, John knew what he was getting into when they purchased the farm, but Susan was a city girl.  She has adapted well.

Growing tired of the onerous dairy schedule, in 2014 the couple decided to focus on meat and leave dairy production behind.  They stuck with the Holstein breed rather than switch to a more traditional meat breed, purchasing bull calves from neighbouring dairy herds and raising them to a weight of 1200 pounds, or roughly one year.  The switch has been good for the couple, giving them more time to dedicate to their numerous community organizations including the local Lions’ club and St. Thomas Anglican Church, to name a few.

They are still busy growing most feed for their herd which is now down to 35 head, which consists of mostly corn and hay.  They used to sell their beef at the Peterborough Farmers’ Market, and when they retired from the Peterborough Farmers’ market in the spring of 2016, many of their customers were disappointed.   After 17 years, they had developed quite a reputation and had more than 100 loyal customers stop at their booth each Saturday.  They now sell primarily from their farm, at the Millbrook Farmers’ Market and have recently begun selling through a small grocery store in Bailieboro.  They offer a wide variety of frozen cuts, including steaks, roasts, ground beef and sausages, as well as custom cut sides of beef.

Susan’s culinary skills have helped sell certain cuts of beef such as blade and cross-rib roasts which cook effortlessly in a slow cooker.  Cooking shows are also sources of inspiration for their customers, and episodes have occasionally spurred requests for unusual cuts of meat for recipes like Osso Bucco and German Rouladen, which the couple gladly provides.  Susan’s most remarkable sale was beef tenderloin to a self-professed vegetarian, who became a repeat customer.

Now that they have scaled back to a more manageable size, the busy couple have no plans to retire.  They have found an enviable balance of work and play, producing quality meat products for appreciative local customers.  Drop into their booth at the next Millbrook Market and create your own farm-to-table beef dinner with local beef. KG