‘Don’t Be Sheepish About Coming In’ Williams Design Studio

The Williams didn’t find art, so much as art found them.

“If [art] is in you, you have to do it,” according to Paul Williams of Williams Design Studio, explaining regardless of the passion, the artist will end up using a creative outlet somehow. 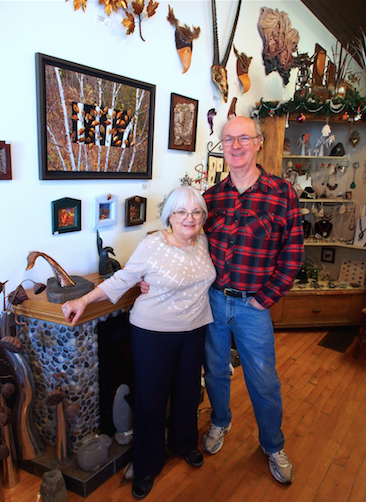 Paul and Beverly Williams met at Black Creek Pioneer Village, where they both worked during the late 1960s – the time of the “Craft Revolution”, as artists of the era affectionately call it. Creativity thrived in any and all mediums. People were tired of “planned obsolescence”, says Paul, and were looking for something unique and different, Beverly finishes for him.

While Beverly was already pursuing her passion, taking material arts at the then Ontario College of Arts and working to fund a trip to the World Craft Conference in Peru, it took Paul working in the harness shop at the village to discover his. Born for crafting from his mother who loved painting and his father who bound books, Paul started making the leather scraps given as souvenirs to the village visitors while teaching the early ways of leather working. Soon he realized he could make things with the same tools found in the harness shop to be sold in the gift shop, and from there he caught the fever, not just for art, but for the nitty gritty of experimenting and engineering with different materials.

Married in 1971, the duo went out on their own with only $400 in the bank in 1973, and formed the partnership of Williams Design Studio in 1974. In 1977 they moved from their private studio in Whitby to find somewhere with more space for their work and to raise a family – in this case an original 1912 Ontario general store, rebuilt after Bethany’s notorious 1911 fire, with a residential addition from the 1950s. A proudly historic talking point, the shop is located on Highway 7A across from the now Bethany General Store.

“A lot of artists have to do [art] to be happy,” says Beverly. Looking back at their almost forty years as artists in their shop alone – among which they’ve travelled around the world for craft shows, been featured a museum, taught locally and abroad in remote locations such as Guyana – she says the number one thing for aspiring artists is that they believe in themselves. 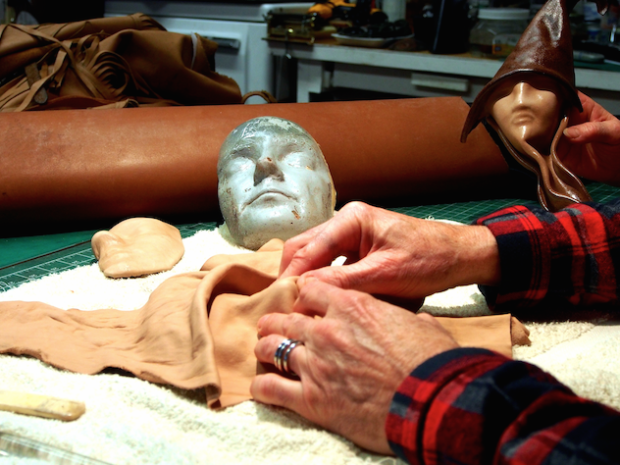 Today it’s common to find Paul repairing and restoring leather, from custom belts to saddles, behind a simple divider in their one room shop amongst the clutter of many ongoing projects. From belts and buckles, the duo says it isn’t much of a stretch to craft their brass, silver or even gold leaves for leather trunk trees, like the one found at Cobourg’s Best Western, and other specially curated locations. Also found are carefully constructed fountains for patron gardens or their locally toured Secret Garden, where Beverly might pick gourds to craft unique vases burned with intricate designs. Their experience has made them adaptable, constantly learning from students and craft shows like the recent Interior Design Show at Metro Toronto Convention Centre. Paul says there isn’t a challenge they won’t undertake, for better or for worse. It’s evident in the many one-of-a-kind pieces on display at the studio. 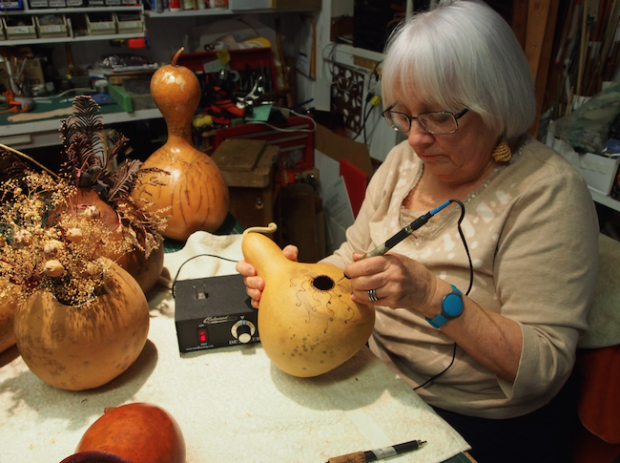 “We have people driving by, coming in for the first time that say they’ve been driving by for years but this is the first time they’ve come in,” says Paul, who loves meeting people and is continuously amazed by the connections people can form through hearing their stories, whether that be common places, people or passions. “Don’t be sheepish about coming in!”