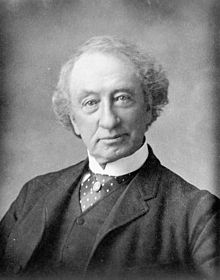 There is a tendency to judge historical people and events through a modern lens.  Not surprisingly, the results are often harsh and one-sided.  We have more information, more experience and a different perspective which we use to evaluate historical behaviour.  Is it possible that these people were doing what they thought was right based on the norms and beliefs of their day?

Our expectations have changed and we now hold people to higher standards.  Let’s hope we do the same for ourselves.

Let’s take our first Prime Minister, Sir John A. MacDonald as an example.  Look at his achievements: the Canadian Encyclopedia describes him as the dominant creative mind that produced the blueprint that founded our nation.  During the five decades when his government dominated the Canadian political landscape, he oversaw the expansion of the country from sea to sea and set policy goals for future generations of political leaders.  Active in the business community as well, he was the first president of the insurance giant known today as Manulife.  He was also responsible for the implementation of terrible policies that did lasting damage to indigenous populations across the nation and was reportedly an alcoholic.

Ultimately his influence was both good and bad. Can’t we just say that?  Do we have to change the names of schools and streets bearing his name to wipe away any inference of condoning his regrettable actions?  I hope not.

Social media often portrays life as perfect.  Posts include images of gorgeous homes, clothing, and people; happy families, incredible meals and vacations; athletic prowess, musical genius and amazing creativity.  How can we ever measure up?  For most of us, life doesn’t look like that.  Nor is it reasonable to expect it to.  Real life is much more mundane, but that doesn’t mean we shouldn’t aspire to do more and to be better.

Perhaps unreasonable expectations and harsh judgements are contributing to our growing mental health crisis.  If Sir John can’t be applauded, how can we?

Let’s change the rhetoric and acknowledge that we are all a mixed bag of disgraceful as well as noble deeds and intentions.  We can’t be perfect, but we can be better.  That sounds like a worthy and achievable New Year’s resolution.  KG