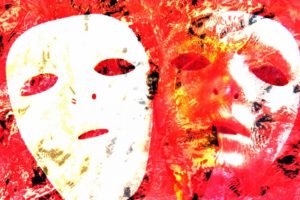 4th Line Theatre is auditioning for professional roles for the 2018 Summer Season. Auditions are by appointment only.  Deadline for submissions is Monday, December 15, 2017. 4th Line is looking for both Union and Non-Union performers. Details are below.

To book, send an electronic copy of your headshot and resume to by December 15, 2017 to Kelsey Powell, Artistic Administrator, kelsey@4thlinetheatre.on.ca.

4th Line Theatre is committed to diverse and inclusive casting and encourages artists of all backgrounds to apply.

The following outlines the nature of the acting opportunities:

Crow Hill:  The Telephone Play, by Ian McLachlan and Robert Winslow and directed by Deb Williams.  Rehearsals are scheduled to run from June 5 to July 1, 2018 with performances from July 3rd to 28th Tuesdays through Saturdays at 6 p.m. with an added performance on Monday July 23rd, 2018.  The company is seeking one female actor who can play ages 14 to 80 and a male actor who can play the piano to portray ages 14 to 45.

Who Killed Snow White?  This will be a world premiere of this play by Judith Thompson and directed by Kim Blackwell which is part of the Canadian Pulse Series. Rehearsals are scheduled to run from July 10th to August 4th with performance dates from August 6 to August 25th running Monday through Saturday starting at 6 pm.  Two female actors and one male actor aged 14 to 30 able to portray a teenager are sought for this play.  This play has mature content and is suitable for ages 14 and above.