The Millbrook Times » Apr 2017 » Calorie Counts are on the Menu

Calorie Counts are on the Menu 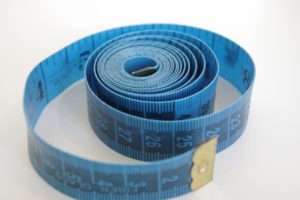 Obesity was labelled as a disease by the Canadian Medical Association in October 2015.

This decision was important as health care providers, the individual, and the government need to recognize that treatment programs and preventative measures to combat obesity are undeniably required. Motive for this decision is demonstrated by data from StatsCan showing that the proportion of Canadians afflicted with clinical obesity now sits at 20.2%, up from just over 15% in 2003. This statistic refers to individuals who may require immediate support for managing and controlling this disease. Of even greater importance, 10% of children in Canada are afflicted with obesity. The World Health Organization (WHO) defines obesity as “abnormal or excessive fat accumulation that may impair health.” Therefore, when considering obesity as a disease, is not simply about weight, it’s about health.

Numerous strategies to curb obesity have been implemented by the government in the past, most recently with a focus on calorie labelling rules on restaurant menus.

As of January 1st 2017 in Ontario, there is now a requirement that calorie counts be displayed for every meal choice at restaurants with 20 locations or more. Importantly, these food service providers must also post an educational statement about average daily calorie requirements. Typically, “the average adult requires approximately 2,000 to 2,400 calories per day; however, individual calorie needs may vary” is stated somewhere on the menu.

This educational statement may be the most important component of the legislation.

In a study out of Yale in 2010, researchers provided subjects with three different menus. The first menu provided no calorie information, the second provided calorie counts alone, and the third provided calorie counts and estimated daily calorie requirements. To conceal the study’s purpose, subjects were told consumer market research was being conducted and they would be asked to answer questions about their dining preferences. They were then asked to freely order off the menu. Subjects who were given the menus that included both calorie counts and daily caloric requirements consumed an average of 250 calories less compared to the two other groups, which was a closer match to their required amount for the day.

This study emphasizes the importance of educating the consumer, and that context is required when providing information. The provision of education and context enables information to successfully influence behaviour, highlighting a very important point when considering strategies to affect lifestyle change. To expand on these ideas, arguably billboard advertisements should also show the calories in font size that is legible from afar, alcohol bottles should display the calories contained, and both should include recommended daily calorie requirements.

On the topic of billboards, another government strategy to aid healthy decision making could be to limit advertising. There is no doubt that advertising is a powerful tool and ads often target vulnerable groups such as children, the impoverished, and minorities. This point is exemplified by a study published earlier this month in the Journal of Urban Health where researchers examined the relationship between ad placement along subway stops versus the social demographics of the surrounding area. The researchers found that ads for less healthy foods were disproportionately placed in residential areas where poverty was higher, high school graduation rates were lower, and more children were present. Importantly, ad placement for unhealthy food choices did not correlate with total rider counts entering a station. This means that the ads were not targeted to the largest possible audience, but instead targeted at people with less education and less money whom are already dealing with a multitude of other risk factors for obesity.

The province of Quebec has had regulations on advertising in place since the 1980s and have seen positive effects as a result. Residents of Quebec consume significantly less fast food and boast a lower obesity rate compared to most of Canada. Currently, Sweden, Norway, France, Taiwan, the UK, Chile, Ireland and Mexico all have some form of advertising regulation in place for foods that are calorically dense but lack nutritional value.

In the battle against obesity, my personal take on the role of government is that it can help by setting up a platform for citizens to make informed and healthier choices, like the menu change and regulation of advertising. In contrast, previous programs such as Body Break wherein a public service announcement is pushing the individual to exercise can perhaps feel somewhat patronizing. The effectiveness of simply telling people to change their lifestyle to reduce obesity is limited at best. It is likely more effective for the government to table policies that enable citizens to make informed healthier decisions. In this manner, the decision to be healthier comes from the individual, who, because they were the ones to make the decision, now have a higher likelihood of adhering to long term behavioral change.