Beware March 12 is the Night of “The Worm Moon” 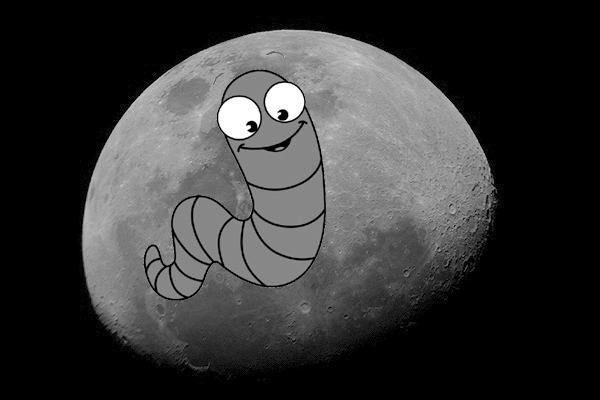 Photo supplied. The Worm Moon – March 12’s full Moon goes by two names, the Worm Moon and the Crow Moon. But whichever you prefer, March 12 is also the night to set your clocks forward because Daylight Savings Time begins on Monday.

The Worm Moon isn’t at all creepy crawly. It’s really a good thing, especially for you gardeners. The Worm Moon is the name given the Full Moon in spring when the worms started turning up the soil. It originated with the native peoples and was passed on to the new settlers. The night of the Worm Moon is also the night to set your clocks forward one hour because Daylight Savings Time begins Monday morning. While we’re mooning each other, here’s more lunatic talk.

March kicks off with a First Quarter Moon on the 5th. That’s a good phase to observe the Moon because the Sunlight casts long shadows on the lunar surface which highlight the mountains and craters. As mentioned the Worm Moon arrives on March 12.

Any night with a Full Moon is a good night for reading or TV. I say that because the Sun is shining directly on the Moon’s surface, so all the details are lost. Plus the Full Moon glare washes out all but the brightest stars.

The Third Quarter Moon arrives on the 20th. That coincides with the March Equinox when there are equal amounts of day light and night time. It also marks the first day of spring.

New Moon or no Moon is on the 28th. For stargazers, that’s great because there is no moonlight to wash out the stars. So if it’s a clear night and you’re at a good dark-sky location far from city light pollution, make a point of going out and looking up.

Springs constellations are just starting to creep up the eastern horizon in the later hours of the night. Leo the lion is actually moving overhead along with Cancer the crab. Below them are Crater and Corvus, the goblet and crow respectively.

Those with a slight case of insomnia may wish to hang in a bit later while Bootes the herdsman and Virgo the Virgin take to the sky. Virgo with a wheat sheaf in her hand always reminds me of spring planting time. And indeed, March 20 is the first day of spring. Even though the crocuses may not have peeped through the snow yet, the spring constellations are here and it’s getting warmer. So get outside and start looking up.