The Millbrook Times » September 2020 » Belize Stops COVID at the Border

Belize Stops COVID at the Border 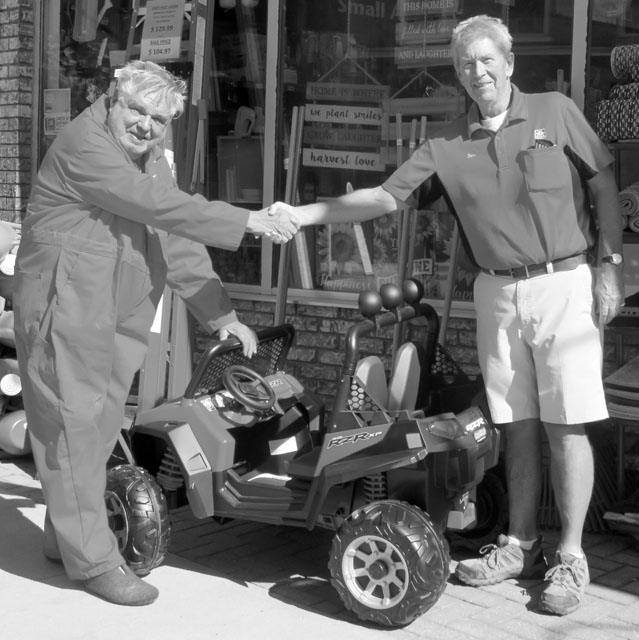 Photo Karen Graham.
Andy Harjula picks up the ATV he won in the Home Hardware contest. It will be auctioned off and proceeds donated to struggling families in Belize.

The Belizeans have been much more successful than Canada or the US in fighting the COVID invasion.

Belize began their program in early February.  Arriving in Belize on February 6th and completely unaware of the pending disaster, I was met by four medical staff who asked the questions we are asked when we enter a restricted area here in Canada.  I was required to walk through a soaking wet mat for about ten feet to disinfect my shoes.  Belize has since locked down the country and have implemented extensive measures to protect the health of their citizens.

For example, their post office will not accept parcels from Canada.  All access points to Belize are closed, including roads, airports and seaports. Only essential food, medical and other goods are allowed into the country.  The population was put under a curfew from 8 pm to 5 am. Convictions for breaking the curfew come with a $10,000 fine, which is significant for residents where the average teacher or law enforcement official earns between $12,000 and $14,000 per year. Failure to pay results in a two year prison sentence.  Masks are mandatory outside the home, with $1000 fines for those who fail to comply.  Street vendors are banned from selling on the sidewalks. This rule affected Eduardo who earned his income from selling popcorn on the street. All schools, from primary schools to university, were closed, as were all small, mom and pop type grocery stores were closed, but large general stores were open for limited hours.

A small, Caribbean country, Belize has a limited medical system, so officials felt obliged to control the disease through severe restrictions for its residents.  The good news is that they have worked.  As of Friday, August 21st, the number of COVID cases per million in Belize were 668, while in Canada, there were 3,303 cases and in the US there were 12,898.  The number of deaths per million for Belize is 15, compared to 240 in Canada and 449 in the US.   Because the population of the country is only 400,000, the actual cases total 668 and there have been only six deaths.

While the curfew has ended, the airport will remain closed to international travel until August 15th.  International travellers must come equipped with a recent, negative COVID test and use only approved hotels and tour operators.  No car rentals are available.  Passengers without test results or those exhibiting signs of illness are subjected to immediate tests with results processed within 15 minutes.

There is a broad spectrum of actions governments can take to control the pandemic within their boundaries.  The tools they ultimately use are determined by their citizens’ tolerance for restrictions to their freedoms and their position on the trade of between physical and economic health.