A Different Kind of Catch and Release at Millbrook Dam

Photo supplied.
Volunteer Dave Wood confirming the identification of a sculpin rescued at the Millbrook Dam.

The rescue, which took place on March 7th, resulted in the capture and release of  797 fish (9 species) including 275 Brown Trout, 1 Brook Trout, 85 White Suckers, and over 400 Sculpin (Mottled and Slimy Sculpin species – commonly known to be trout food). Over 200 crayfish and a handful of frogs were also captured and released downstream into Baxter Creek. 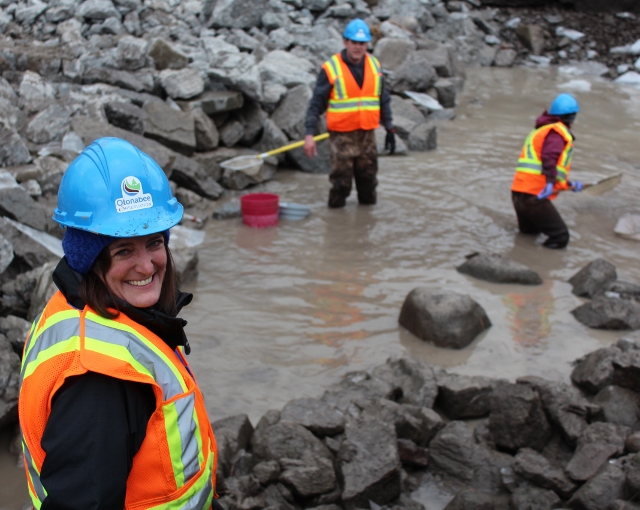 ORCA’s Chief Administrative Officer Dan Marinigh reports that the project is proceeding very well and the excavation work will be completed at the end of March with the dam cut to its final grade.  Last week the sediment excavation work which is to be absorbed by the township was incorporated into the project contract which will facilitate that part of the project.

The sediment removal will be one of the final stages, scheduled for mid-August to the end of September.  The entire project is scheduled for completion in October.  We can hardly wait. KG